Liberal Democrat Lord Rennard said that with Christmas coming customers may decide to be particularly generous to staff who served them well.

But many would be unaware that "service charges paid by credit cards are the legal property of the employer and the staff providing the service may not receive any of this money".

At question time, he said some chains deducted a proportion of the charges to pay other business costs.

"It's clear that voluntary guidelines in relation to tipping and service charges are not working," Lord Rennard said. The charges and company policy should be properly displayed on menus and bills.

For the Government, the Earl of Courtown said ministers were currently assessing evidence gathered from their investigation into tipping practices .

"We will consider all the evidence and proposals put to us including those for improved transparency for the treatment of tips," he said, before proposing any changes.

Lord Courtown agreed with Lord Rennard that some of the practices were "not as they should be" and said ministers would be looking at all these issues before coming to a decision.

Independent crossbencher Lord Palmer said that with the advent of the national living wage, tipping and service charges were "completely outdated" in 2015.

Lord Courtown said if people had a "pleasing experience" at a restaurant it was "only fair to tip at the right time".

Liberal Democrat Baroness Burt of Solihull said employers who kept hold of tips should be named and shamed.

But Tory Lord Cormack demanded: "What has all this got to do with us?"

Lord Courtown replied: "The fact is that we all go out and eat in various restaurants and for those who serve us well we want to express our gratitude."

Baroness Hussein-Ece (Lib Dem) said in some restaurants staff received only tips and demanded measures to end this "disgraceful behaviour".

Lord Courtown said everyone must be paid at least the national minimum wage. 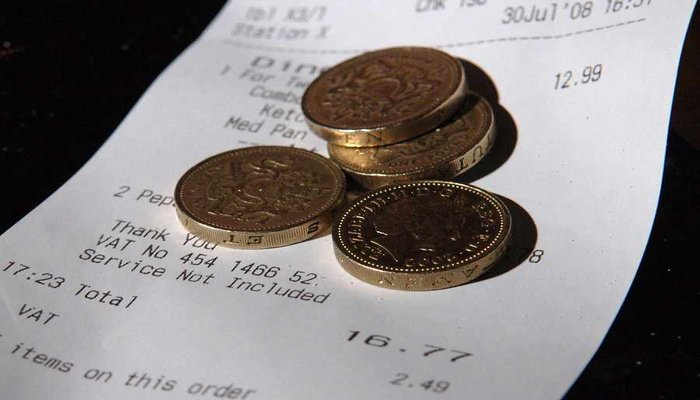