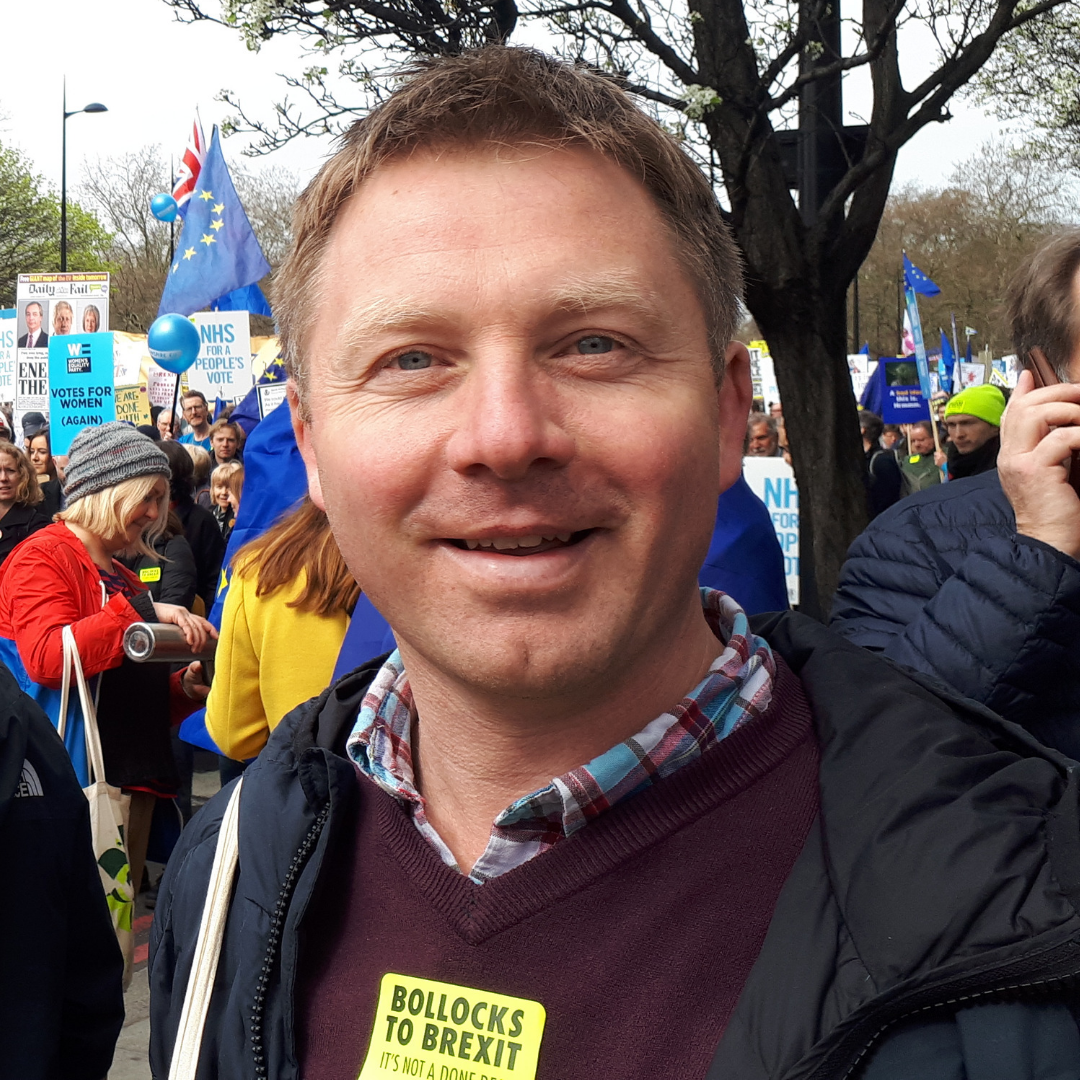 Nick has lived, worked and raised a family in South East England for the past 12 years.

He says, ‘I am delighted to have been selected to represent the Party at the European Parliament election for South East England. I cannot, and will not, stand by and watch our EU membership slip through our fingers. Nothing less than my daughters’ – all of our children and grandchildren’s – future is at stake… We must stop Brexit at all costs.’

Educated at Cambridge and London universities he is a qualified mental health social worker and is currently a senior practitioner within a dedicated statutory team undertaking Mental Health Act work.

Nick has been based in Hastings, East Sussex, since 2007, and has significant experience as a political candidate – having been the party’s parliamentary candidate at the last three General Elections, for the urban and rural marginal of Hastings & Rye.

Hailing originally from St Helens in the North West, he follows his home town rugby league team – the sport for which he won a Cambridge Blue and a student international cap. Outside of politics he enjoys cooking, spending time with friends and family, swimming, squash and listening to soulful music!