A former chairman of the Sussex Police Authority has been selected by the Lib Dems to contest this year’s Sussex Police and Crime Commissioner elections.

James Walsh, who lives in Rustington, is the leader of the Lib Dem group at West Sussex County Council, has twice been mayor of Littlehampton, and was chairman of Arun District Council in 2003-04.

He will be running against the current Sussex PCC Conservative Katy Bourne, and UKIP’s Patrick Lowe in May.

Dr Walsh said: “I am delighted to have been chosen for this important election. Sussex needs to put community policing at the heart of the policing plan for the county.

“Like them, I am dismayed that the current commissioner sees fit to cut 500 police officers in Sussex, and to stop recruiting PCSO’s altogether.

“Crime needs to be actively prevented, detected and prosecuted, and you can’t do that with so many fewer officers.

“I am also opposed to the projected closure of Crown and Magistrates Courts at Chichester, the county town of West Sussex, meaning that victims of crime and witnesses will have to travel much further at great personal inconvenience.”

Dr Walsh has lived in Rustington near Littlehampton for 45 years, where he worked for 40 years as a GP, until retiring two years ago.

He was a director of the Arundel Festival for 28 years, and a past governor and chairman of the former Littlehampton Community School, which is now The Littlehampton Academy.

He is a former chairman of the West Sussex Local Medical Committee, and of Littlehampton Harbour Board.

He is a former commander of St John Ambulance in Sussex, and currently holds the post of hospitaller in the Priory of England, responsible for fundraising and awareness raising for the order’s three eye hospitals in Jerusalem, Hebron and Gaza.

He was knighted by HM The Queen in the Order of St John in 2013 for his services.

Dr Walsh has three adult sons, one an A&E consultant, one a park manager, and one a primary school teacher in Australia. He is also a reader and special minister at Arundel Cathedral.

He added: “I have considerable in-depth knowledge of policing in Sussex at all levels, with 16 years of Police Authority experience, and four as chairman or vice-chair.

“I do not see policing as a party political role, in hock to a party of government as is the current commissioner, but an important role as champion for the people of Sussex in supporting their police service.

“I do not believe that a police commissioner should be taking on ambulance or fire service control, although communications and IT could profitably be shared.” 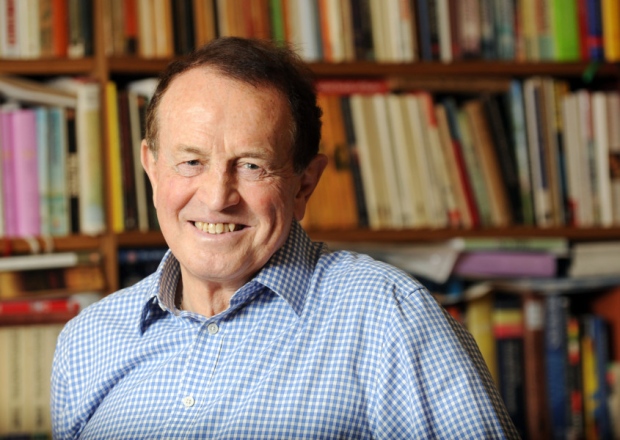