The Liberal Democrats on Surrey County Council are calling on the Council to provide the necessary funding to implement 20 mph speed limits outside Surrey schools where requested by the school and the local community. 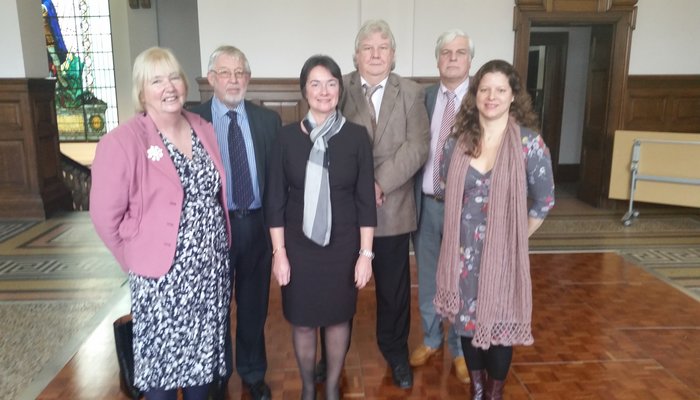 Cllr Hazel Watson, Leader of the Liberal Democrats on Surrey County Council, said “Surrey parents want their children to be safe going to and from school and 20 mph speed limits outside schools help to achieve this by reducing traffic speeds and improving road safety. A reduced speed limit warns drivers that they need to slow down near a school and in general drivers do slow down.”

Cllr Watson added: “Requests for 20 mph speed limits stretch across the whole of Surrey. Just to give a few examples within my own Division of Dorking Hills, a 20 mph speed limit is needed on Ranmore Road near to St Martin’s School in Dorking and also outside the Abinger Common site of SurreyHillsSchool on Abinger Lane where there is a 60 mph speed limit and no pavements. Also requests have been made by the school and the local community for a 20 mph speed limit near BoxhillSchool in Mickleham where the boarding houses and the school are on opposite sides of the road – a situation which led to a fatal accident at another school in the South East in the recent past.”

Cllr Watson continued: “Whilst many Surrey parents want 20 mph speed limits to be implemented outside their child’s school as is common in many areas outside Surrey, Surrey County Council is being very slow to introduce them. This begs the question: Why is it so difficult to get a 20 mph speed limit introduced here in Surrey? I believe that the answer is that it is not a high priority for the Conservative administration. To quote the Leader of the County Council when giving evidence to a House of Commons Select Committee in 2014: The problem is that it is all very well putting in a 20 mph limit, but unless somebody is going to enforce it you have wasted a whole lot of money. My view is that I have no intention of wasting public money putting in 20 mph zones.”

Cllr Watson concluded: “I simply do not believe the Council Leader’s analysis. The evidence across the country shows that drivers do slow down where there are 20 mph speed limits outside schools and any reduction in traffic speeds outside our schools is welcome. I am thus asking the Conservative administration to respond to Surrey residents in a positive way by prioritising funding to implement 20 mph limits outside those schools where the school and the community request them. We must not wait until a child is killed or injured crossing the road near their school before introducing a 20 mph limit. The safety of Surrey’s children must be a top priority, not put at the bottom of the pile.”