Tim Farron explains why he will be voting in favour of extending Britain's operations to allow airstrikes on ISIL in Syria.

When the government asked MPs to support military action in Syria against Assad in 2013, I refused to provide that support.  I was not convinced our intervention would be effective, nor that it was fully backed by a diplomatic effort to establish a lasting peace, nor would it  prevent more suffering than it caused.

In response to that deep-rooted scepticism last time I wrote to the Prime Minister last week, together with Nick Clegg, Paddy Ashdown, Ming Campbell, Kirsty Williams and Willie Rennie,  setting out five principles against which the Liberal Democrats believe the case for military action should be based.

It is my judgement that, on balance, the five tests I set out have been met as best they can at this moment, and I will therefore be voting in favour of extending our operations to allow airstrikes on ISIL in Syria.

You can read more about the five tests here.

I have written in more length about how I have reached my decision below.

I am well aware that many in the party will disagree with me. I hope that, even if you cannot support me, you can support the approach I have taken, and recognise that I have taken this difficult decision after the fullest consideration.

Having considered the five principles I set out last week, having read the Foreign Affairs Select Committee report and the government's response, having listened to the Prime Minister's case for action, having listened to impassioned arguments for and against supporting military action from inside and outside the party, I am clear that this conflict is very different to Iraq in 2003 and I think it is important I explain why I believe that.

THE ILLEGAL WAR IN IRAQ

In 2003 a ‘dodgy dossier’ was used in an attempt to convince us that Saddam Hussein represented an imminent threat to international peace and security. In 2015 there is no dodgy dossier.

Instead, ISIL murdered 129 people on the streets of Paris. In restaurants, at a concert, on the pavement, those killed could just as easily have been here in Britain, in London, already a top target for ISIL.

This is before even considering how ISIL is threatening the security and stability of Iraq, a sovereign nation that has requested the help of the United Nations in protecting itself.

Unlike 2003, ISIL's evil is apparent to the world in the beheading of journalists and aid workers for a worldwide audience, the rape and enslavement of tens of thousands of women, the summary execution of gay men and women, its brutal occupation of vast tracts of Iraq and Syria, and the terrified exodus of humanity we see in refugee camps from Lebanon to Calais.

The role of the UN Security Council should matter to us. In 2003 it was impossible to secure support for a further UN resolution to legitimise action. It was the crux of our argument against the illegal Iraq war.

On this occasion, the UN Security Council has not simply supported a passive resolution, it has made an active call for action “to eradicate the safe haven they have established over significant parts of Iraq and Syria”.

UNSCR2249 was passed with the support of France and without objection from Russia and China. As members of an internationalist party that has placed great store on the framework of international law established by the United Nations, I urge you to read the text of that resolution which can be found here.

I would also ask you to consider that Article 51 of Chapter VII of the United Nations Charter provides countries with the right to take military action in collective self-defence.

Iraq has asked for help in defeating ISIL, now commanding its operations from Syria. Just earlier this month, ISIL launched a savage attack on our closest neighbour and ally in Europe. We know, too, that so far this year seven terrorist attacks by ISIL against the UK have been thwarted. ISIL is a direct threat to the UK, our allies and to international peace and security. We are being dishonest if, already engaged against ISIL in Iraq, we pretend that inaction now in Syria somehow makes us safer.

In 2003 there was the thinnest veneer of international support for action in Iraq. In 2015 there is a wide-ranging coalition of nations who are committed to the eradication of ISIL, including states from the region who understand the threat ISIL poses to their security and stability.   Those same nations recognise that it is crucial there is a strategy for Syria beyond air strikes.

In 2003 there was no thinking about the post-conflict situation in Iraq. The result was a disgraceful corporate free-for-all that paid no heed to Iraq's infrastructure and prioritised corporate greed ahead of reconstruction.

It is not just Iraq we should learn from. Similar criticisms have been levelled at the UK and her allies over Libya and Afghanistan. In 2015 we have a diplomatic process in the Vienna talks aimed at ensuring the world remains engaged with Syria through this period of conflict and beyond, supporting the Syrian people to rebuild in a post-ISIL, post-Assad Syria.

Earlier this year I went to Calais. More recently I went to Lesbos. I saw young children exhausted and terrorised as they’d made the dangerous crossing across the Mediterranean. I heard through an interpreter a terrified seven year old boy's first words as he landed on the beach from his rickety life raft: ‘Daddy, are ISIL here?’

I saw elderly women huddled beneath thin blankets as the evening came to the camp and the temperatures dropped below zero. I saw broken and desperate people who had witnessed horrific things in their own communities including the murder of loved ones.  They pretty much all had one thing in common: they were fleeing for their lives from Syria and Iraq and in particular from ISIL.

So I came home from Lesbos and I angrily tore in to the Prime Minister for his callous refusal to take any of these desperate refugees.   I proposed that we take three thousand orphaned refugees from the camps, and that the UK plays its full part by accepting others.  I am personally enormously moved and angry about the plight of these desperate people, who want nothing more than to return home to a Syria and Iraq that is safe and stable and where they can live the lives they wish to in their own country.

Airstrikes alone of course are not going to resolve the hugely complex political situation in Syria. But I am clear that unless something is done to remove ISIL from Syria, from where it is coordinating its actions, there is no hope of progress towards that goal of a safe and stable Syria. And there is no hope for a home for refugees to go back to.

Of course I have tremendous concerns.

I have pressed these directly with the Prime Minister. I believe it is critical that the Gulf states are vocal in their condemnation of ISIL. I believe much, much more must be done to cut off the funding and supply routes for ISIL.

I think that we have not paid enough attention to the way in which extremists here in the UK have been funded.

It is imperative that everything possible is done to minimise the likelihood of civilian casualties.

I have been crystal clear that the future of Syria, after any action, must be at the forefront of the minds of all those asking for support for airstrikes, here in the UK and also amongst our international partners.

I realise, too, there is great uncertainty over the ability to command and control disparate ground forces which will be necessary to hold territory recaptured from ISIL inside Syria. All of these are reasons to question action.

None of them in and of themselves are reasons not to act.

There is no doubt that military action means diplomatic failure, and the formation and spread of ISIL is the ultimate display of our failure as an international community over the last five years.

We cannot undo the mistakes of the past, but we have the chance now to take action against an organisation that cannot be reasoned with and that does not obey international borders.

There is no quick fix solution for dealing with ISIL, nor is there an easy route to peace and stability in Syria, and it would be wrong of me to pretend otherwise. The military action we are supporting is just one part of a long process that will be needed to make that happen.

I cannot promise you that this will succeed. What I can promise you is that in supporting this action, in no way am I giving my unreserved and uncritical support to the government.

I can promise you that we will be holding the government to account on their strategy, that I will be ensuring that they continue to act in the national interest and in the interests of the millions of Syrians and Iraqis who deserve a stable home in a peaceful country.

The Prime Minister has set out what I believe is a comprehensive motion which gives us the ability to take action against ISIL in Syria and also restates our commitment to a long term solution in Syria. Those of you who disagree with this decision may find little comfort in this, but it is my commitment to you as leader that if at any point these objectives are no longer possible I will not hesitate to withdraw support.

I am instinctively inclined towards peace. I am deeply sceptical of the ability of military action to achieve positive political outcomes. But I am not a pacifist. ‎Just as I was proud to stand with Charles Kennedy against the illegal war in Iraq, so I was proud to stand with Paddy Ashdown as he was a lone voice calling for military intervention to stop the massacres in Bosnia and Kosovo.

As a Liberal Democrat I am an internationalist. I believe in acting collectively with our friends and allies, and in responding to threats to our security within a framework of international law. I believe that our decision-making should be governed by what we consider to be in the long-term interests of the UK.

I believe we should not take action without considering the long-term objectives of that action for Syria. And I believe we have a moral duty to the people living in the despair of Calais and Lesbos, who want a secure and stable future in Syria, to take the necessary steps to attempt to bring that about.

It is my judgement that, on balance, the five tests I set out have been met as best they can.

I believe it is right to support a measured, legal and broad-based international effort to tackle the evil regime that has helped trigger the wave of hundreds of thousands of desperate refugees, fleeing for their lives. 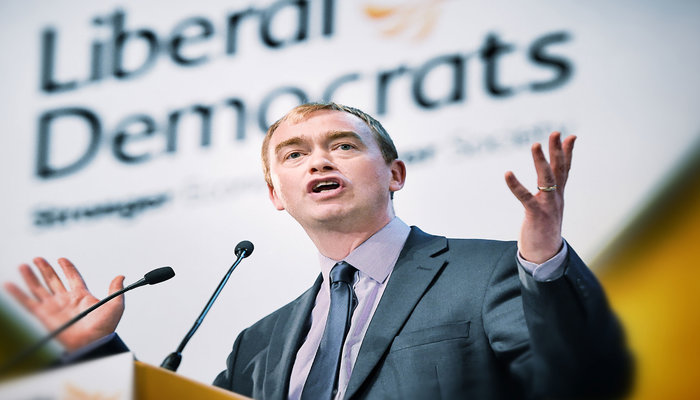