Kelly-Marie Blundell has been selected as the Liberal Democrat parliamentary candidate for Lewes constituency.

The Liberal Democrats are now ready to fight a general election, selecting candidates across the country in areas with a proud liberal tradition like Lewes.

This follows reports that the new prime minister might take the country to the polls early, before a possible recession and to take advantage of Labour in-fighting.

As a long time campaigner for the Lib Dems, Kelly-Marie has a strong record of fighting for people; having campaigned for our National Health Service, for better services for older people and to give European citizens the right to remain in the UK.

Kelly-Marie Blundell said: “I am really proud to have been selected. It would be a huge honour to represent this truly beautiful area.”

“I am looking forward to working with our excellent local councillors and delivering for the people of Newhaven, Polegate, Lewes, Seaford and the villages."

“Nationally the country is in crisis. Both the Conservatives and Labour are focused entirely on in-fighting while the economy worsens, threatening jobs, public services and our efforts to build the houses Britain so badly needs.

“The Liberal Democrats are well placed to fight a general election whenever it is held and I am raring to build on our local tradition of delivering for local people. Since the referendum we have signed more than 17,500 new members nationally including a large number across Lewes constituency.

"I am delighted that a candidate with the depth and commitment of Kelly-Marie has been chosen to fight the Lewes seat for the Lib Dems. Every day I meet people who tell me they again want an MP who will be effective in Parliament and will respond properly to casework. Kelly-Marie is that person. They don't have one at the moment.

"And every day people who voted Labour or Green in 2015 tell me how bitterly they regret their vote: it was like drinking champagne on election day and then getting a five-year hangover. The sooner we have an election to return another Lib Dem MP, the better."

Kelly-Marie works as a consultant with national charities to improve fundraising and communications, and was formerly an advisor to the Citizens Advice Bureau.

Kelly-Marie Blundell continued with a strong case for growing the national support of the Lib Dems:

“Only the Liberal Democrats are an open, optimistic and united party committed to spreading opportunity for the next generation and focus on re-building the British economy to protect jobs and services.”

2. Although the Boundary Commission have published a series of proposals which could affect the Lewes seat, these proposals, if accepted, would not come into effect until 2018 in any case and the Liberal Democrats were keen to have a prospective parliamentary candidate in place as soon as possible to help fight for our local communities. 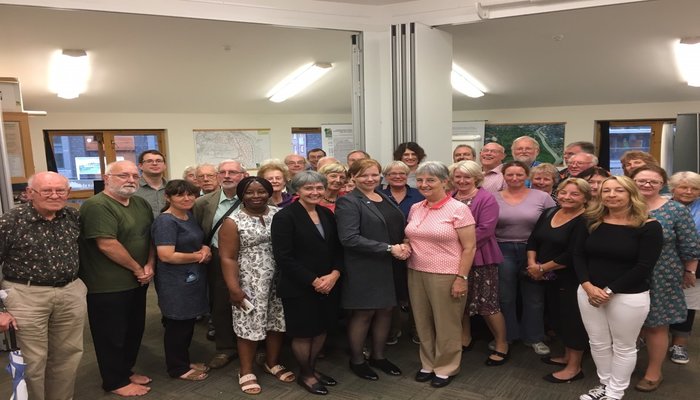