The Liberal Democrats have opposed the Conservative-run County Council's flawed decision taken by their Cabinet today to reduce the opening hours of Surrey's tips (known as Community Recycling Centres) and to introduce charges for DIY waste, gas bottles and car tyres at the tips.

Cllr Hazel Watson, Leader of the Liberal Democrat Opposition said: "The Conservative administration at County Hall has today decided to reduce the opening hours of Surrey's tips and to introduce charges for DIY waste, gas bottles and car tyres. This decision goes against the wishes of Surrey residents as shown in a petition to the County Council with over 1200 signatures opposing these changes. The views of Surrey residents have simply been ignored.

"Surrey residents were unhappy about the County Council's flawed consultation which only gave unacceptable options but did not give an option of keeping the tips unchanged. Residents said that reduced opening hours would make it more difficult for them to dispose of their waste and to recycle. This is bound to increase fly-tipping which is already a big problem in Surrey and is getting worse."

According to their own figures, the County Council had to dispose of 2,500 tonnes of fly-tipped waste in 2014/15 with that amount expected to increase to over 4,000 tonnes by the end of the current year of 2015/16 by next March.

Cllr Watson concluded: "This decision is unpopular with Surrey residents, it discourages recycling and will increase fly-tipping. These changes do not make sense. The County Council should be listening to residents when making decisions about services and should be protecting Surrey's environment.  I will continue to fight to get this flawed decision over-turned." 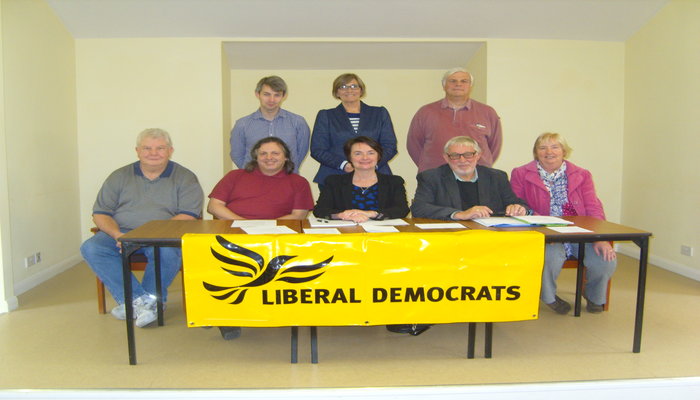