Why I left Labour and joined the Liberal Democrats

As many of you will know last year I was the Labour candidate in the Rainham Central by-election and had been a Labour Party member for some time. But times change as do sentiments and I never did feel quite like I belonged there.

For the majority of my life the Labour Party has been the alternative to Conservative governments, and it has imploded time and again after every failed election. In short it has been a disappointment, none more so than in recent years.

The continuous lurches to the hard left do nothing but undermine its authority and this as history tells us means overcompensation, when Corbyn finally falls, to the authoritarian right leaving nothing but damaged credibility and the hopes of many in its path.

Being a history geek, I can wilfully compare this to the Liberal supremacy of the 19th Century, governments that kept the Conservatives out of power and reformed the UK for the better.

The Labour Party like the Tories is a throwback to the industrial revolution and empire and has now passed its sell by date, completely out of touch with the very people it claims to represent. Split indefinitely between Socialists and Trade Unionists, Blairites and Corbybnites. Anyway you cut it; it adds up to the same and fewer and fewer people identify with either side.

These feelings towards my former party have been harbouring for a long time but what finally dawned on me during the fallout of the EU referendum was just how damaging to the progressive cause Labour has become.

The Great British public value highly, competence and coherence in their political parties and leaders, and have shown that in spite of being a mostly liberal country, in the absence of these traits the country will vote Tory. So we end up with the same right wing governments the same right wing policies and the same right wing results. Labours refusal to back electoral reform and its rampant tribalism and inability to work with partners enables the Tories to operate as the UK's default setting.

The left needs to change and make sure that the scenario outlined above does not keep repeating.

Labour is now nothing but an echo chamber endlessly fighting over who controls what part and screaming in the wind where no one can hear. They have some talent and they are engaged but they lack courage, leaders and problem solvers. And with Corbyn at the helm they are undermining even those of us seeking a left liberal government in the UK.

The Labour party in fairness is a socialist party and has elected a socialist leader. The outcry this caused within its own party tells you that something has seriously gone wrong there; its MP's seriously revolting and holding no confidence votes against a leader it should on paper idealise.

So after all this ( I could write more) I left and joined the Liberal Democrats. There were many policies civil liberties and foreign policy among them that never sat well with me in my former party and the Liberal Democrats confidence and courage appealed to me, especially after the 2015 GE.

Now I understand that the Liberal Democrats have a fight on their hands, a monumentally massive task. But for mistakes made in a coalition government to sink the party that was home to the likes of Mill, Gladstone, Lloyd George, Beveridge and Keynes is in my opinion sacrilege. Young people are increasingly more Liberal and the traditional classes are not as entrenched as they have been and there is half a country that is angry and disillusioned over Brexit.

Ah Brexit, how could I forget? The Labour party has been Pro-European for a while now and the majority of its voters and members backed staying in the EU. Yet it finds itself in a position where through sheer cowardice it let this Tories government put through the Article 50 bill un-amended. This in my view makes them complicit in the biggest act of self-immolation this country has ever seen. For this they should be rightly ashamed.

The Liberal Democrats have been good to me in my short time here and I feel at home, it's a nice feeling. They care about local politics and they constantly ask for feedback, all things I value. I aim to make sure we continue being the real opposition and will keep enjoying Liberal Democrat wins throughout the country. I will wear my pin badge with pride and look forward to meeting you all to campaign and canvass and generally chat. 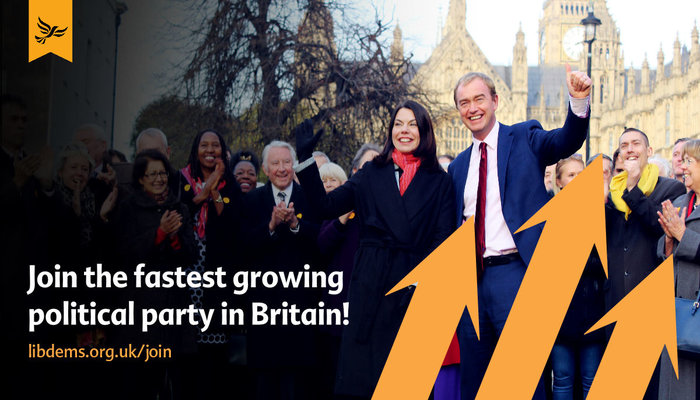