Five Tests to Back Action in Syria

“The Liberal Democrats know that to defeat an enemy as evil as ISIL the use of military force is necessary. We will consider supporting extending airstrikes against ISIL in Syria provided the Government’s plans meet the five points that I and colleagues have set out today.

Liberal Democrat leader Tim Farron has written to the Prime Minister along with former leaders Nick Clegg, Paddy Ashdown and Menzies Campbell to outline the five principles the party wants to see addressed if they are to support military action in Syria.

The government has a working majority of 17 MPs and reports state around 15 Conservative MPs have said they will not support the government.

“The Liberal Democrats know that to defeat an enemy as evil as ISIL the use of military force is necessary. We will consider supporting extending airstrikes against ISIL in Syria provided the Government’s plans meet the five points that I and colleagues have set out today.

“For three years, Liberal Democrats have been consistently united in saying UK military action must be accompanied by a broader international strategy that can defeat ISIL. This was partly achieved with the UN resolution passed on Friday.

This is crucial to avoid the perception that somehow only "the West" is opposed to ISIL. It is not, and it is only by working with other countries across the world, and within the region, that we can hope to defeat this enemy.”

In advance of your statement outlining your plan for military intervention against ISIL in Syria, we are writing to outline the criteria against which we will judge our response to your proposals.

As you will know our party has maintained a consistent position that airstrikes alone will not defeat ISIL in Syria. Deployment of lethal force should never be used simply as a gesture. It has to have effect, and to have effect it has to be part of a wider strategy, especially on the diplomatic front.

We are encouraged by the fact that the Government has at last decided to explain the details of that strategy and look forward to hearing what this is.

The five conditions below give the UK the best chance at having an effective strategy to counter ISIL and make serious progress in ending the Syrian civil war. We call on you to embed them into your plans before they are brought to the House of Commons on Thursday.

Military intervention must follow an international legal framework. We believe this has been provided by UN Resolution 2249 which urges members to take “all reasonable measures” to defeat ISIL.
This is the instrument with which all those opposed to ISIL have the means to coordinate military action to defeat them, including regional actors on the ground.

Any military action by the UK must be part of a wider international effort involving all who have an interest in defeating ISIL, as a prelude to ending the conflict in Syria, including Russia, Iran and Turkey.
The UK Government should use all efforts to ensure that the Vienna talks succeed in bringing together the broadest possible support for action to end the war in Syria and effect political transition.
In addition, we call on the government to explicitly work towards ending the Syrian regime’s bombing of civilians with a no-bomb zone to maximise civilian protection and allow for an upscaling of humanitarian access.

The UK should lead a concerted international effort to put pressure on the Gulf States, specifically Saudi Arabia and the Emiratis, to stop the funding of jihadi groups within the region and worldwide and do much more to assist in the effort to defeat ISIL, establish peace in Syria and help with the refugee situation. They are currently doing very little, despite claiming to be part of the anti-ISIL coalition.
ISIL is not just a Western problem, and this is one way of preventing them from framing the situation in that way.

The government must be absolutely clear on what Syria and Iraq will look like post-ISIL, and what post-conflict strategy (including an exit strategy) they propose to give the best chance of avoiding a power vacuum. This must be linked to the above diplomatic framework which will outline steps for ending the wider conflict in Syria. 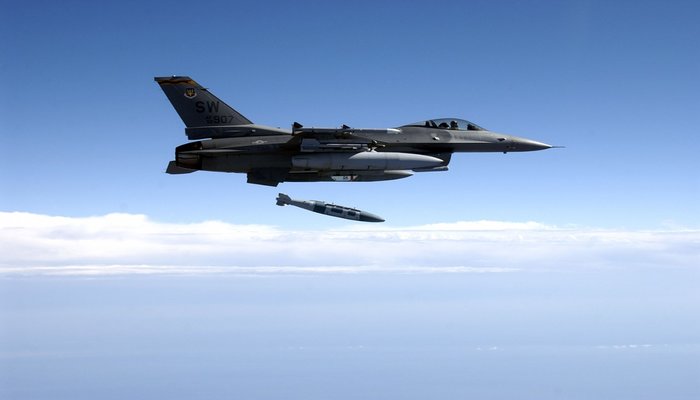