There are still four years to go before Britain is due to hold another General Election, but the Liberal Democrats have already announced their candidate in the battle for Maidstone and The Weald.

She is Emily Fermor.

She read history at Oxford University and is currently a consultant at Bell Pottinger in London where she advises on public affairs and digital communications strategy.

She was the campaign organiser for Jasper Gerard, the party’s candidate in 2015, who lost out to Conservative Helen Grant and who now works at the party’s HQ.

Miss Fermor was elected as the ward councillor for Coxheath and Hunton at the Maidstone Borough Council elections this May by the narrowest of margins. She beat the Tory candidate Ron Leagas by one vote.

She said: “I am incredibly proud to have been selected as the candidate in my home town. It would be a huge honour to represent the people of Maidstone.

“I am proud of our County Town and I believe we need a local person representing us, with energy, enthusiasm and a commitment to the area – something we have not had for a number of years.”

She said: “I have lived in Maidstone all my life and have a knowledge and understanding of our local town and villages that can’t be taught.

“I relish the opportunity to prove myself in the coming years.”

Despite her party only having eight MPs in the current Parliament she said the Lib Dems were well placed to fight the next election.

She said: “Nationally the country is in crisis. Both the Conservatives and Labour are focused entirely on in-fighting while the economy worsens, threatening jobs, public services and our efforts to build the houses that Britain so badly needs.

“The Liberal Democrats have made 18 gains in local elections since May with several spectacular wins over both Conservative and Labour candidates.

“We have a new army of committed activists who will be joining me on the doorstep, making the case for a strong local campaigner who will fight for Maidstone and The Weald.” 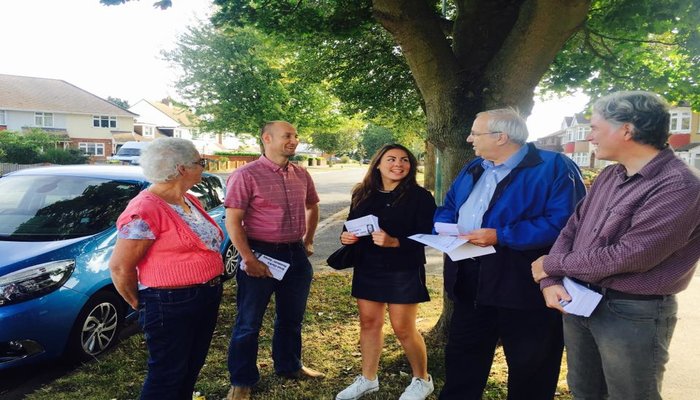