Another great week in Council by-elections

Fresh off of our fantastic November, with no less than SEVEN council by-election gains, we've had a great final week of by-elections for the year - holding both of the seats we were defending and gaining another seat in Waveney from nowhere!

Those fantastic results mean that at the end of 2017, we're the ONLY major political party to make net gains in Council by-elections - racking up a tally of +15!

The Liberal Democrats, under Vince Cable, are winning seats up and down the country and against all opposition parties. 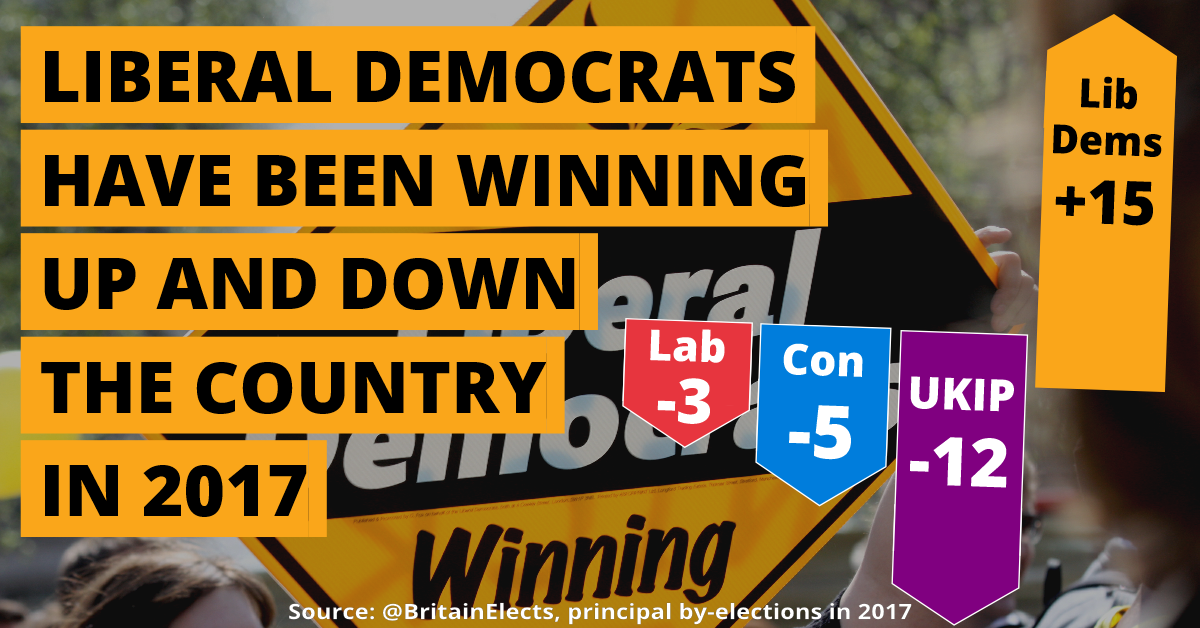 Our local campaigning is second to none, and the hard work of Lib Dem councillors and activists is being recognised in surges of support in by-elections across the country. So, without any further ado, onto the results!

💪 A stunning win from nowhere

📈 Holding AND increasing our vote