A vote for Labour is a wasted vote 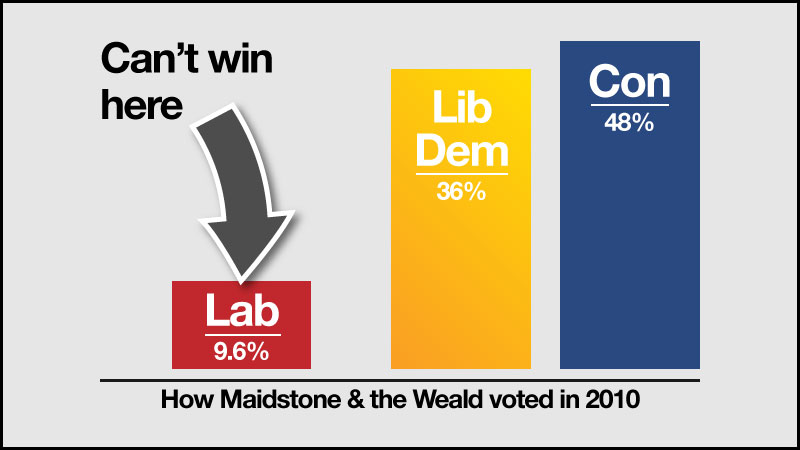 The race to be the next MP in Maidstone and the Weald is a close fight between local campaigner Jasper Gerard and the Conservatives.

Labour are a long way behind in Maidstone and the Weald, and UKIP and the Greens trail further still. The three parties simply cannot win and voting for them could let the Tory Helen Grant in again, who herself admitted she only chose to stand in Maidstone after failing to become MP twice in London.

The Lib Dems in government have worked hard to stop damaging Tory plans to allow companies to run schools for a profit bosses to fire staff for no reason and paying our nurses and teachers less than those elsewhere.

Local people don't want to see a Tory majority government, which would put public services at risk and allow them to try to re-introduce their unfair policies that the Lib Dems stopped in Coalition. That's why many of them are choosing to vote for Jasper to keep the Tories out.

Talking about the election, Jasper said: 'We are less than 6,000 votes behind the Tories in a constituency of 70,000 voters, so every vote really does count. Only the Lib Dems can take on the Tories.'